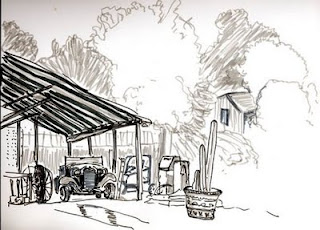 Wow, its been an age since I last posted, but here are some sketches I did over the last two weeks. The first is at Garrod Winery, Saratoga. They have a lovely old car outside the tasting room. I wasn't too pleased with this at the time, but now it doesn't look as bad as I thought. 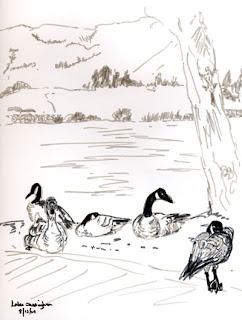 These are some sleeping geese over at Lake Cunningham. There were loads of them around and they didn't pay much attention to us at all once they realized we weren't going to feed them. 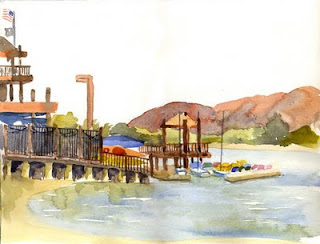 This painting is in need of a lot of finishing - which it probably isn't going to get anytime soon, poor thing! The composition leaves a lot to be desired too. I think I'll have to start dividing this larger sketchbook into smaller sections.
Posted by Plein Air Muse at 5:26 PM No comments: